Minors on a test, why are they so bad? - DTE-Elite
Skip to content

I hear and see an awful lot about minor driving faults on a driving test. Since 1997 the Driving vehicle Standards Agency (DVSA) then the DSA, removed the use of ‘minor’ in a complete revamp of the driving test process. Let us look back at the old system. In the old system it was very possible for a pupil with 6 minor faults to pass and a pupil with 5 minor points to fail. Why? Because in the opinion of the examiner their driving was good enough. It was very subjective. As you can imagine, many driving instructors would argue this point and felt it was not fair. Thankfully this was in the days before Facebook, so we did not get to hear of the many so-called unjust decisions. So, 1997 came the reform and the current system we have. Basically, we have four categories. 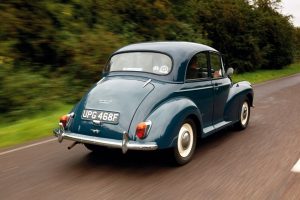 First let me explain these categories so we can explain the use of ‘minor’ better.

Fault of no consequence.

This is a fault that while might not be the best was, caused not would cause any real problems in driving. DT1 records examples such as dry steering, not pushing button in on parking brake etc. They may be considered by some to be not best practice, but I doubt anyone has ever been killed by such an action.

This did cause actual danger or broke a law. A vehicle or person could have been at real risk had they been closer.

Here the examiner, or third part acted. You always know a dangerous fault as it makes your heart beat faster and you’ll get a rush of adrenaline.

All the above faults I generalise, in reality they are more complex than that, but this is the basic format and one we need to keep in mind.

The problem with using the term ‘minor fault’ implies that the fault was, well, minor. That in some way it did not matter. It was only a minor fault!! What does this say to the pupil? If a pupil feels its ‘minor, less importance will be place on this fault. Remember, today’s driver fault, could be tomorrows serious or dangerous. Worse still an accident. A driver fault is every bit as important and valid as a serious and dangerous and needs to be stressed. There is nothing insignificant about any fault and as we coach our learners to be safe drivers for life, each one needs to be striving to make zero faults when driving. Now I know not one of us achieve this all the time, but it is what the good driver sets out to do.

My pupils generally completed their driving test with 3 faults. Sometimes 2 driver faults and a serious, sometimes 3 driver faults. But I recorded the total number and had an average of 2.7 faults per test. If you are achieving that or close to that, you are doing well. It makes no difference if one is serious. It might not be the outcome the pupil wanted but it’s a good outcome for you. You have no control over the other traffic on the road just the average amount of faults your pupil makes. If you are averaging 6-9 faults per test, keep trying. The more faults your pupils make, the more chances of one being a serious or dangerous. If you are averaging 10 – 15 faults per test, you really need to look at this because the law of averages says a lot will fail. Don’t blame the system, the examiner, the route, the weather, or anything else, certainly do not blame the pupil. We all use the same system and unlike our old pre 1997 subjective test, this one is not.

P.s. I would rather a pupil fail a test with 1 serious fault than pass with 15 driver faults.

2 thoughts on “Minors on a test, why are they so bad?” 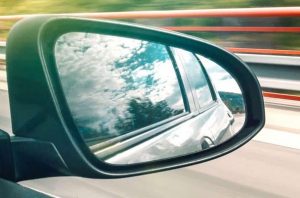 Reflecting on your business in 2022

The standards check announcement should be nothing to worry about

Response to the standards check announcement