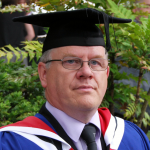 I qualified in 2000 having trained with Learner Driver Centres (LDC) and passed all parts of the qualifying exam first time attaining a 5-5 for part three. I worked for a large franchise for just over six years.

In 2005 I took all five parts of the Diploma in Driving Instruction exam and passed first time. Shortly after this I was asked to become a representative for the Driving Instructors Association (DIA) then I became chairman for them. I trained as a corporate fleet trainer and was entered onto the DSA fleet register. I have worked for many fleet clients such as Royal Mail, British Gas and the Audit Committee to name but a few. In 2005 I was invited to join the Association of Road Safety Officers (AIRSO). Also in 2005 I started training as an instructor trainer and realised this is where my main interests lay.

In 2006 I became a BRAKE road safety charity graduate and was trained to deliver hard hitting road safety presentations to schools and work forces. Within my franchise I was asked to become a coach for them involved with helping newly qualified instructors find their feet. Also in 2006 I completed my City and Guilds 7407 that qualified me as an adult classroom teacher. I am registered with the Institute of Learning as a registered teacher.

In order to pursue my career in instructor training I was successful in an application to work for Let’s Drive as a full time instructor trainer in 2006. Let’s Drive was later bought by The Instructor College who later became known as Red Instructor Training. I also took and passed with a grade A my Cardington Special Test and qualified for ORDIT first time.

In 2006 I was also asked by the DIA to become an exam invigilator for the Diploma in Driving Instruction and a little later became one of the question writers and examiners for the Diploma. I have attended far too many courses and seminars to write within this page given by the DSA, AIRSO the DIA to name a few and can often be found as a contributor at DIA seminars.

In 2012 I was awarded my Master’s degree from Middlesex University in ‘Driver Training Education’, and now all my CPD involves marketing, business and personal support. CPD never stops by its definition, continuing professional development.

I want to make be able to help as many Driving Schools and trainers achieve their true potential and get the rewards for the fantastic job we do and allow instructors to see the benefits and rewards a successful CPD path can create. This profession has given me a lot and I am always willing to try and put something back, such as working on the GPC committee, where I am chairman, by giving my time and expertise.