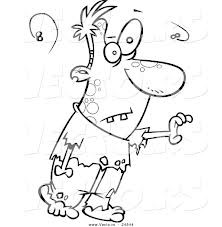 Some time ago while delivering a training course for new instructors in what was a rather small classroom, I was instantly drawn to the most>horrendous smell. I mean not just a little whiffy but something that made my stomach churn. My co-presenter Jedda, was clearly having trouble and started to spray herself with perfume. We were exchanging glances of horror and as I moved towards her the smell was coming from a client her side and the smell was worse. We opened windows and pinned it down to two clients. There were noses twitching all around. During a tea break it was clear who the offender was and my bosses at the time were arguing on who was going to tell the offender. Heck I volunteered!!! Not an easy task but I went outside for a chat with him and had already put a can of deodorant in my pocket that I carry just in case……….and told him there were complaints. He told me he had been getting complaints from his pupils too and an examiner had also commented on his part three test………………yet he still had done nothing. Apparently he was working nights as a lorry driver, sleeping in the cab for two or three night’s then going straight to lessons and courses. He did not see it as his problem. The mind boggles!!!!